Highlight of the month

The collection of Valgerður Lárusdóttir Briem (1885–1924) was donated to the Women’s History Archives in 1985. It contains eight handwritten periodicals of Húsmæðrablaðið (e. Housewives Magazine) from 1916. They were written by Valgerður for the members of the newly established housewives associations of Hrafnagilshreppur. Handwritten periodicals were quite common at the time, especially in the country side. Usually only one copy was produced that were then brought from farm to farm and often read out loud. In her opening words Valgerður addresses the women of the association and asks them to think of the periodical as a letter from her to them and that it should contain information that could be of use for them as well as bringing them joy.

Valgerður Lárusdóttir Briem was a singer, musician, and a composer. She was the first the first woman in Iceland to have published a song and she founded the first women’s choir in the country called Gígjurnar in the years 1904–1905. The catalog description for her collection is accessible here.

The periodical Húsmæðrablaðið from 1916 can be viewed on the exhibition Print, manuscripts, and private archives. A selection from the holdings of the National and University Library of Iceland. 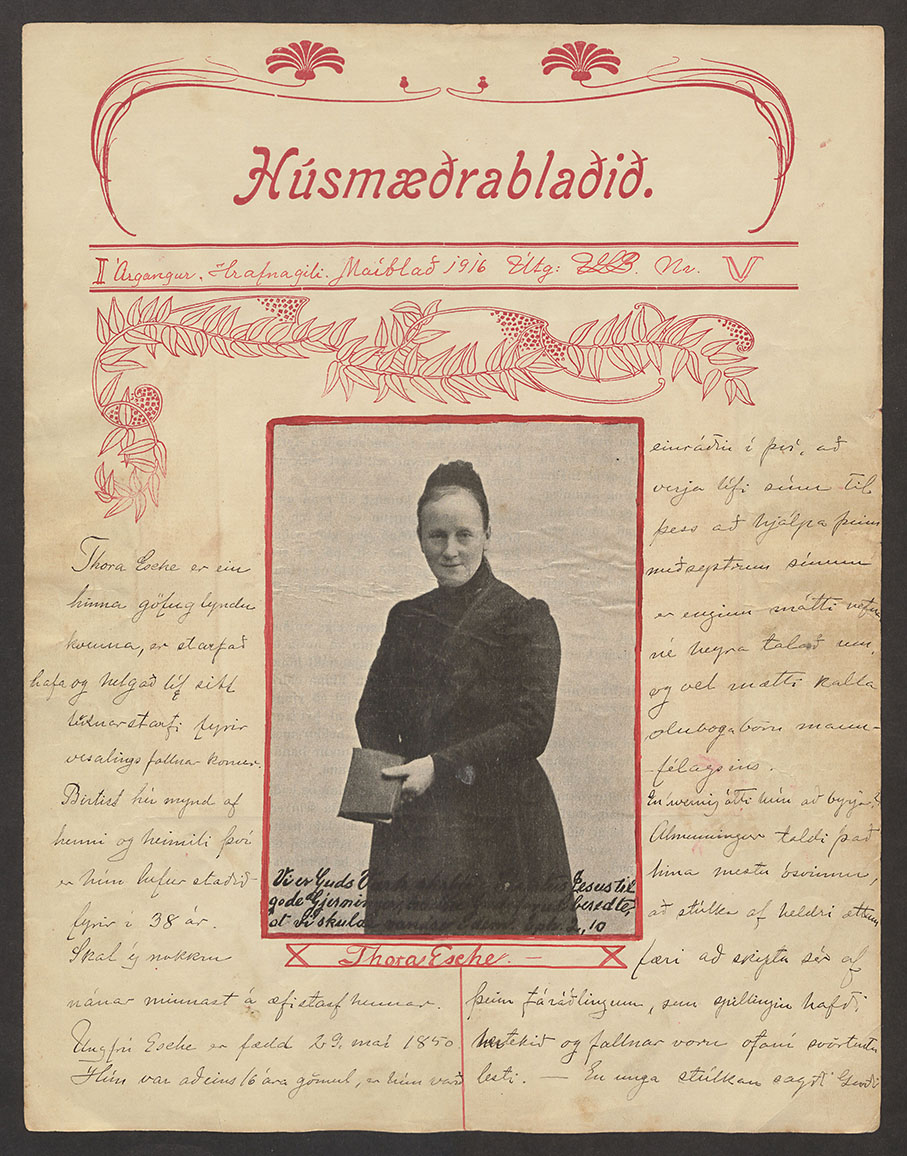